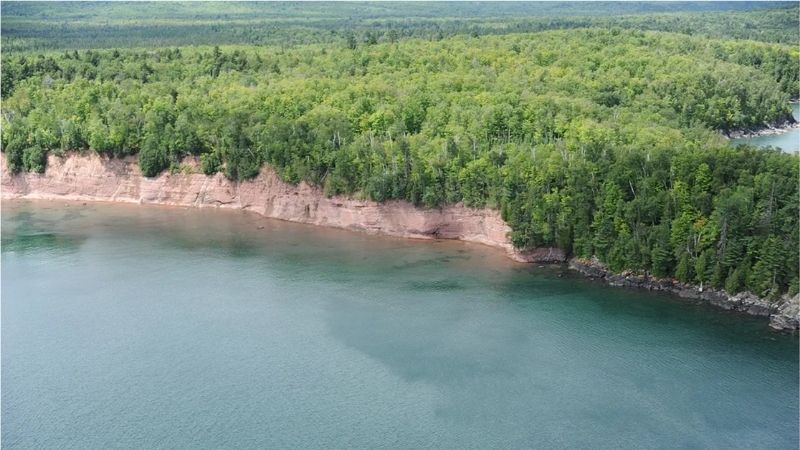 This Week In Whispers

This week we will be featuring a podcast/video interview with Gary McDowell, the Director of the Michigan Department of Agriculture and Rural Development. Gary tells us more about a new office that will focus completely on rural issues of importance to Michigan’s rural communities.

It is big news and very important to the Upper Peninsula. By the way, the new director of this program is from the Upper Peninsula—Sara Lucas. That’s more good news. For our readers who might not be aware of Gary McDowell’s background, he grew up in the Upper Peninsula’s community of Rudyard and still lives there. He is a former state representative from the eastern end of the UP.

Watch in the upcoming weeks for a podcast/video interview with the Upper Peninsula’s Senator Ed McBroom. He updates us on several issues but tells us about his continuing work on government transparency and why it is so crucial to the citizens of Michigan. You will be surprised by some of what he says.

We have added a tab called Opinions. These are more focused pieces on individual opinions and less on research and data/fact-based articles. Most newspapers and news websites/platforms publish Op Eds, opinion pieces. We will also from time to time. We will clearly mark it “OPINION.” We will put it under the Opinion tab. These opinion pieces do not reflect the viewpoint or opinion of Rural Insights but rather only reflect the author’s opinion.

We of course will continue to publish fact- and data-based articles and sound research that you might find interesting—or at least we hope you will find them interesting and useful.

A belated Happy Mother’s Day to all of the mothers in the Upper Peninsula and throughout our state. In case you forgot, you better hurry up and make that call NOW!

The prestigious national magazine The New Yorker in its April 24, 2022 edition published an article titled “The Plan To Make Michigan The Next Space State.” Its lead says “Residents are up in arms about a proposed spaceport project, the first of its kind in the Midwest, which would involve launching rockets near the shoreline of Lake Superior.” (https://www.newyorker.com/news/us-journal/the-plan-to-make-michigan-the-next-space-state).

The author is correct about many, many citizens being up in arms—just drive along County Road 550 and Big Bay and look at the signs opposing this project. Take a look at the article. Let us know what you think.

News from Hancock’s Finlandia University, after a five month search process, is that it has a new president: Tim Pinnow. He will be FU’s 17th President. He is currently the senior vice president for strategic Initiatives at Colorado Mesa University. He takes office on July 1, 2022.

NMU To Sell Kaye House—Home For Presidents Since 1980

Northern, in keeping with national trends, is selling its university home for their presidents, Kaye House, and will be giving future presidents a cash subsidy to pay for their housing in Marquette during their term as president.

So now the question raised is who is buying it and for how much? This is a nice piece of property in a nice neighborhood on the edge of campus. Think it might become an Airbnb? Will it be turned into some form of affordable housing to be developed by another unnamed developer or sold to someone who is going to live in it? Twelve-story condo building? Interesting question considering the university’s involvement in the development of the Lifepoint/MGH hospital property on the other edge of campus.

Facts From The World Around Us

Oligarchs. Does the United States have their own oligarchs? The dictionary defines oligarch as a “very rich business leaders with a great deal of political influence.” Also says that it means “government by the few” and that the opposite word for oligarchy is “democracy.” We have read about Russian oligarchs lately, but Axios printed a few suggested names of US oligarchs:

Might the definition of an oligarch and their powers be different from country to country and international regions?

Who else would you add? Who from Michigan? Who from the Upper Peninsula? Not just billionaires, but “wealthy business leaders with a great deal of political influence.”

National Public Radio (NPR) released a poll by Ipsos that says that nationally that a “silent majority of school-age parents are satisfied with their kids schooling across party lines.” In the same poll it found that nearly half of the same parents say the pandemic hasn’t disrupted their children’s education. In addition it reported that only 18% of these parents said that their kids’ schools taught about gender and sexuality in a way that clashed with their family’s values and just 19% say the same about race and racism. Also just 14% felt the same about the teaching of US history.

That obviously leaves a huge majority of parents that are very happy with what their local schools are teaching on these topics. This is a national poll.

Being a K-12 school board member, teacher and/or administrator is a very challenging and stressful job these days. We have been informally checking around the Upper Peninsula and we have not heard any reports of huge numbers of parents in various local school districts having feelings about the above issues that appear very different from what this national poll reports.

What say you about your local Upper Peninsula school district?

“The only proven effective way to counter bad information is with good information. The only way to overcome lies is with truth.” Gerard Baker.

“Speaking truth to power is even more necessary when the power isn’t speaking truth.” Kerry Kennedy.

“Freezing Order.” Bill Browder. 2022. (This is a follow up to Mr. Browder’s award winning book “Red Notice.” Both books are shocking stories of Russian oligarch power, murder and Putin power. Both important reads, especially with what is going on in today’s world.