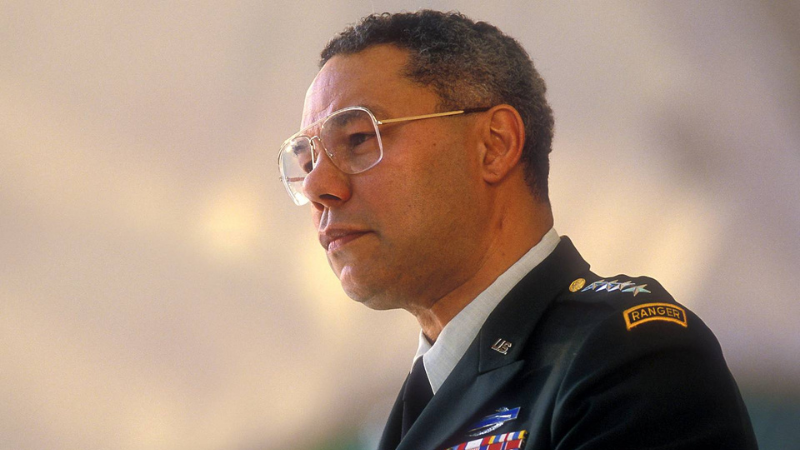 This Week In Rural Insights

On Wednesday we will being publishing part one of an incredibly interesting overview of the former Blaney Park in the Upper Peninsula by Ted Bays. This was originally scheduled to be published a few weeks ago, but was delayed due to some additional needed edits.

Watch for it this Wednesday morning on Rural Insights.

The death of General Colin Powell this past week has been widely commented upon. I would like to just add a few personal comments.

He was a personal hero of mine. I had the privilege of meeting him several times and had wonderful brief conversations each time. We had similar early childhood experiences–he comes from an immigrant working-class family in New York City.

After college he joined the Army and said that “I liked the structure and discipline of the military. I felt somewhat distinctive wearing a uniform. I hadn’t been distinctive in much else.” Me too.

A four star general, Chairman of the Joint Chiefs of Staff, US National Security Advisor, Secretary of State and a military hero. All that with very humble beginnings that he never forgot in his years of command nor in civilian life.

RIP General Powell. Thank you for being a great American patriot.

The distinguished Michigan League for Public Policy has announced that NMU Trustee Donna Murray Brown will be receiving their prestigious Sharon Parks Award this year. In their announcement they said:

“We’re also proud to announce that Donna Murray-Brown, President and CEO of the Michigan Nonprofit Association, will be this year’s recipient of the Sharon Parks Award. Donna’s work has had a profound impact on Michiganders and will continue to benefit communities for generations to come.”

Whisperers have been contacting us regularly to tell us about the impact of child care costs and availability in their lives.

It is a widespread problem in the UP as it is nationally. Child care monthly costs that are greater than monthly mortgage payments are common stories throughout the UP.

We are looking at more data now and will get back to you soon with what we find.

We recently were shown a nonpartisan national poll that reports 81% of voters support child care and preschool investments. They think according to the poll that this is a good investment for public money.

As we debate this nationally and locally, it is reported that things have gotten worse for the child care industry. Prior to COVID, it was already struggling with low wages fueling high turnover. The U.S. Labor Department figures show that the child care sector is down 126,700 workers from where it was before the pandemic.

More workers are still leaving. At the same time, young families are struggling with balancing work and child care which have become a huge, huge cost factor in their budgets.

Will Congress make the federal child care tax credit permanent in the coming weeks? Monthly, families will get $300 per child under age seven, and $250 per child over age seven for families with incomes of under $150,000 per year.

Let us know if you have been helped by the child care tax credit. If this issue is important to you, you may want to let your federal elected officials know of your concern.

This is being debated and finalized now in Washington D.C. You can contact US Senators Stabenow and Peters as well as Congressman Bergman in their UP offices or via their DC offices. It’s important they hear from you if child care is an important issue in your family’s life.

More On Census Undercounts at UP University Towns

Whisperers are telling us that the census for Marquette, Sault Saint Marie and Houghton may have been undercounted in 2020 because, like other university towns, many students were not on campus during the count due to COVID and declining enrollment.

They are telling us that the undercount number may be over 2,000 in Marquette, and 800 in the Soo. All of these undercounts cost UP cities federal and state aid.

Upper Peninsula local governments are already financially challenged in many, many cases and this just adds to the financial distress.

How High Does $1 Trillion Stack Up?

Reports are that UP Health System/Lifepoint owners, global hedge fund Apollo Global Management, expects its funds under management to exceed $1 trillion by 2026.

They currently manage $472 billion in assets as of the end of the second quarter.

Quotes That May Make Us Go Hmmm

“It ain’t as bad as you think. It will look better in the morning.” General Colin Powell.