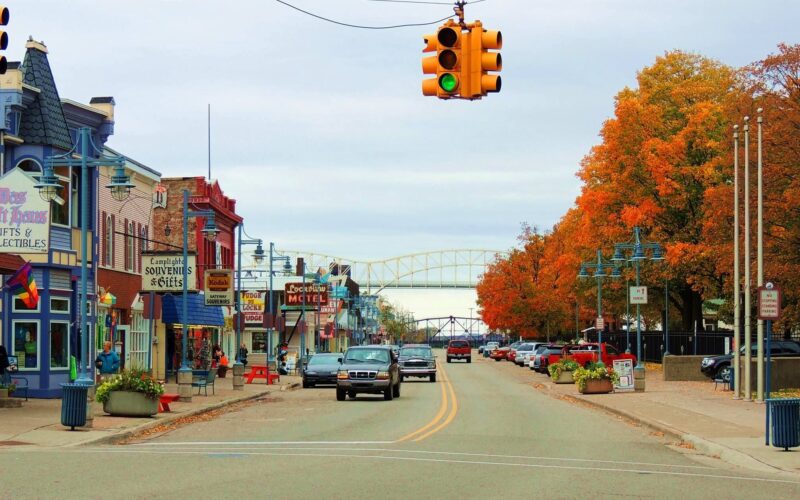 The City Commission of Sault Ste. Marie, Michigan expressed “extreme disappointment” and “disgust” over recent cases at the Michigan Tax Tribunal impacting that city. There were seven cases in all that could result in a reduction of funding for their education programs, fire services, libraries, etc.

The Sault Ste. Marie Evening News reported that “the seven items related to the value of commercial and industrial property within the city are similar to the “Dark Store Theory.”

This theory, as defined by the Michigan Municipal League, is a tax loophole being used by retailers to lower the amount they pay in property taxes.

Mayor Don Gerrie said “This is just basically disgusting. When you look at the grid of the seven property owners, it’s an entire tax loss of over $50,000 and not quite as much to the city but nonetheless a big loss. It impacts our students and educational system. It impacts the county and certainly city services.”

In Marquette, the losses of revenue due to the dark store tax loophole resulted in the closing of the very popular and highly utilized Peter White Public Library on Sundays–a day that was highly used by families and young people.

Public finance experts have pointed out that the dark store loophole has a greater negative impact on rural areas than metropolitan areas/cities because of the greater percentage of vacant land in the rural areas without taxable buildings on it.

Thus, the financial hit is greater.

There are two bills introduced in the Michigan legislature to amend this Dark Store tax loophole: Senate Bill 26 and House Bills 4025 and 4027. Go to www.michigan.gov/legislature for more information on the bills and how to contact your legislator about this legislation.

We’ll let you know when we are aware of legislation that we think might be of interest to you and us. We are not advocating or opposing any legislation we write about, but simply keeping you posted on what is happening in case you want to dig deeper into the issue.

Senate Bills 1158 and 1159 have been introduced and would ban anyone from carrying a firearm openly or concealed in the state Capital. Law enforcement is exempted.

State Senators Bayer and Polehanki introduced the bills. The bills come on the heal of demonstrations in the Capitol by some gun advocates carrying guns.

The Michigan Capitol Commission has been unable to reach an agreement administratively to ban the guns in the Capitol building.

Also, the bills come after reports of planned kidnapping and assassination attempts on the Governor. You can go to www.michigan.gov/legislature to read the bills and to find out how to contact your legislators about the bills if you are interested.

McBroom As Senate Majority Leader in 2021

As one of the two Upper Peninsula’s State Senators, he has reportedly shown an ability to work across the aisle with Democrats to get public policy done with little drama. He not only works well with the UP’s Democratic State Representative Sara Cambensy, but reportedly works well with some Democrats in the legislature from below the bridge.

No word on whether McBroom is interested, but whisperers say the noise is in the air.

“Fools names and fools faces are often seen in public places.” Roberta McCain, mother of late Senator John McCain. She would reportedly often tease her son with this saying after she saw her him on television.

“Plans are worthless but planning is everything.” President Dwight D. Eisenhower.

Do you have one to suggest to us and our readers? Please send us the title, author name and publication date. Send them to david@ruralinsights.org. None of the book suggestions we publish are endorsements of the book or the author, just suggestions from readers for you to consider.

Hate in the Homeland.  Cynthia Miller-Idriss. 2020.