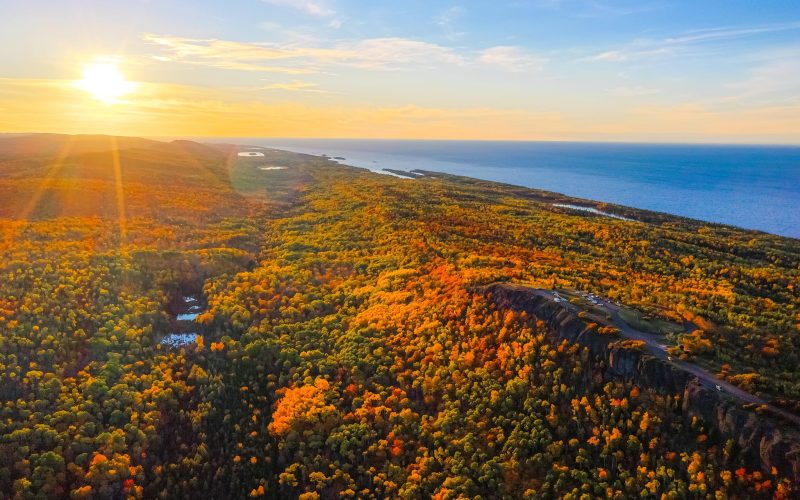 This week we will be featuring a podcast with Steve Young, the Chairman of the Board of Trustees at Northern Michigan University. We discuss a number of topics of importance to NMU, including the upcoming selection of a new President of the university. Don’t miss it. By the way, for those of you who prefer to read the interview versus listening to the podcast, we publish a transcript of the podcast.

Fall Tourism in the Upper Peninsula

All around the Upper Peninsula there has been a record number of tourists visiting our beautiful region. Hotels have been experiencing high occupancy, restaurants have seen record crowds and tourist attractions have been busy, busy. Now we enter the Fall color season and there will be more record tourism according to the hospitality industry.

There have been 1,641 attempts and/or actual banning of books so far this year all across the country. Observers tell us that there will be increased numbers in the last three months of this year.

Many public libraries and public schools are intensely fighting book banning. Local leaders are speaking out against the banning attempts.

In rural communities across America, including in the Upper Peninsula, public libraries have played a very important role in local communities. They have served as community gathering places for cultural, educational and informational sessions. They have become a place not only for getting books to read but to hear music, see theatrical events and get information important to families.

State Constitutional Amendments on the Ballot This Fall

There are three constitutional amendments on the ballot: amending term limits; voter rights and reproductive freedom. All three are important and have active constituencies trying to get support.

This week we feature the amendment to amend the state’s constitutional language creating the conditions of term limits for legislators (1992).

The ballot question, if approved, would allow legislators 12 years of legislative service, but they could in this proposal serve the 12 years in either legislative house or a combination of time in either the Senate or House. So it reduces 14 years of allowable service to 12 years and changes that they could serve it all in one house or a combination of both.

Legislative term limits as passed in 1992 had a bigger impact on rural areas than other communities in the state. Rural voters often returned legislators for many, many terms and this enabled them to get seniority and power–and therefore being able to be strong advocates for rural communities. This all changed after the 1992 term limits amendment was implemented.

Another feature of this year’s term limits constitutional amendment is that it puts in place very specific requirements for financial disclosures from legislators and state officers–such as the Governor, Attorney General, Secretary of State. Transparency and strong ethics advocates for public officials have long wanted more transparency from these elected officials. This amendment would place those transparency requirements in place for these elected officials.

Under the ICYMI tab on our website you will find an excellent analysis on this topic from the prestigious Citizens Research Council of Michigan.

Slogans for the Upper Peninsula

We have received many thoughts from our readers. Please continue sending your ideas and suggestions for slogans. We will start letting our readers know your ideas.

16.8% of children ages 0-17 in Michigan live in poverty. A bone chilling statistic.

One interesting statistic is that children born to a high school dropout were more than four times as likely to have a parent sent to prison.

If you would like more information on child poverty in Michigan, take a look at https://mlpp.org/kids-count/2022dataprofiles/. Lots more data and facts. Data profiles and data maps for communities across the state, including data for Upper Peninsula communities and other rural regions.

“Only cowards ban books. Banning books is as un-American as it is futile in the age of the internet.” Alex Kingsbury.

“We can’t all do great things, but we can do small things with great love.” Queen Elizabeth.

“Whenever they burn books, in the end they will also burn human beings.” Heinrich Heine.