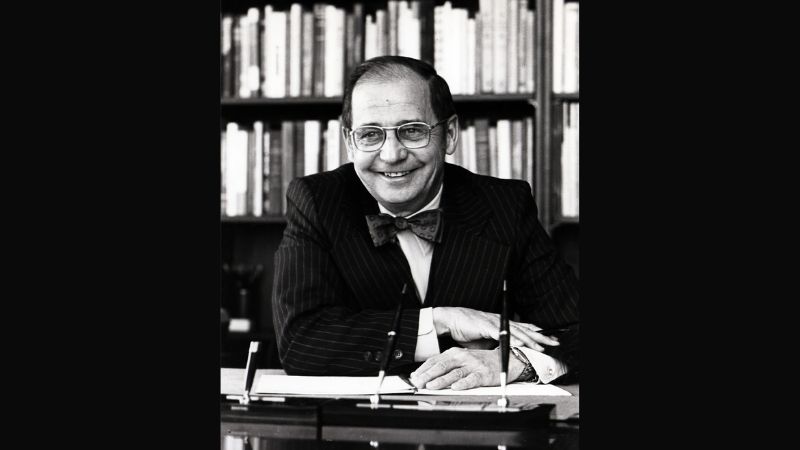 Ericka Sauter has again written a wonderful historical piece for us titled “Pearl Windsor: A Trailblazer for Women Educators in the UP.” Watch for this article this Wednesday.

The news that NMU’s 8th president died this week at the age of 101 brought lots of remembrances from friends, alumni and staff at NMU and across the UP.

He was president during some very tumultuous times in higher education in America and at NMU. He survived it all and so did NMU.

I was an editor of the NMU student newspaper (then called the Northern News) in the early seventies and Dr. Jamrich and I tangled often during those years. He and I recalled those times together when I was NMU President in later years.

Those were fun discussions and his insights on the current state of higher education were fascinating. He was always available when I was looking for advice and perspective from someone who has sat in the president’s chair and I appreciated it very much.

One last note, he handed me my NMU degree in December 1972 at commencement. He whispered to me “behave in your new endeavors.” Good advice for a student troublemaker like me.

New Study on Least-Educated Counties in Michigan and the UP

Stacker did a study on education levels in Michigan’s 83 counties. It listed the state’s 50 counties that have the least-educated levels. You can find the entire article/report in our ICYMI tab on our website.

The list is based on the following percentage of the county population:

Are we going to see a replacement for the Duke Lifepoint relationship soon?

Rumors have been circulating for months that the University of Michigan Health Systems will replace Duke. Maybe it is delayed due to the resignation of the UM President and Provost, or maybe other procedural complications.

Meanwhile, keep your eyes open for a giant M being transported on our Upper Peninsula highways.

Also more news on Lifepoint for-profit owner, Apollo. Bloomberg News has reported that Apollo and Standard General are close to a deal for Apollo to buy the TV broadcaster Tegna for more than $5 billion.

Some observers have wondered whether we will see Apollo beginning to reduce its investment in hospital chains they have purchased and in future health system purchases.

Could bring more change to health care in the UP, according to these observers.

We have all read reports that across the nation there are reports of very confrontational school board meetings about what curriculum content should be used in classrooms, what books should be banned, how to teach children from a parent perspective, etc., etc.

Add this on top of angry, upset, concerned parents coming to school board meetings about mask use by children in the classroom and vaccination requirements.

We have heard from many, many readers that they are not hearing enough about teacher input on these various policies being debated, implemented or imposed. Policy makers at the local, state and federal levels say they should listen to the observations of individual teachers.

These folks are saying listen to them before you make a decision. Seems like a valid perspective. Your thoughts? Is it already a policy to listen to teachers in your school district? Tell us more.

“The larger meaning of Russia’s Ukraine invasion is that the world has entered a dangerous new era. Or perhaps it’s more accurate to say the world has returned to its pre-World War II state in which the strong take advantage of the weak, and authoritarians are on the march.” Wall Street Journal Editorial Board. February 2022.

“War does not determine who is right, only who is left.” Bertrand Russell.