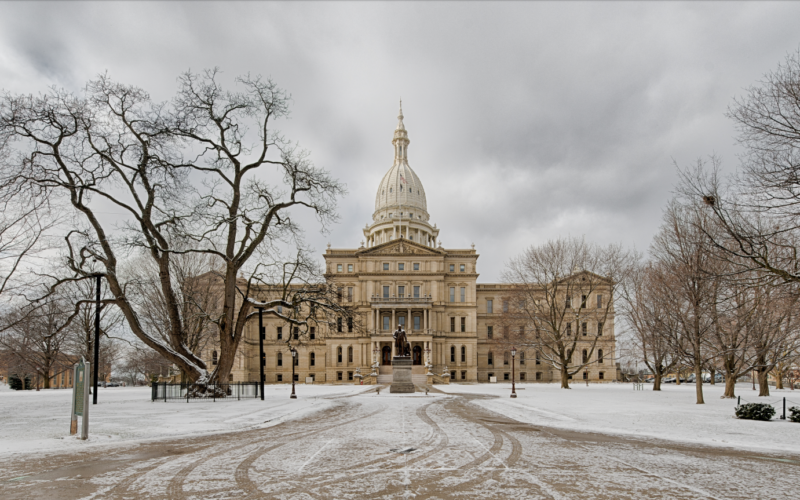 This week we will feature a podcast with Elise Bur, the Director of the NMU Center for Rural Health. She is doing some interesting work and is important to the Upper Peninsula and other rural areas.

As parents and students continue to express concerns about tuition rates in Michigan and the continued growth, the Governor has proposed a substantial increase in state aid to state colleges and universities. It is now being debated by the legislature.

Michigan is last in funding of higher education as compared to other Midwest states. $6,000 is the average amount of state aid in midwestern states and in Michigan it is $4,500.

Nationally, Michigan is in the bottom third of states in college degree attainment. Twenty-five percent of Michigan citizens over 25 years of age hold a college degree, while nationally that number is 34%.

Lots of data out there about lifetime earnings of college graduates versus workers with only a high school diploma. Take a look.

NMU alumni have sent me some fun stories about their interactions with former NMU President Jamrich. As one of NMU’s longest-serving presidents, there are lots of alumni who interacted with him during his years at NMU. If you want to share some, send them to us at david@ruralinsights.org.

One fellow alumnus Mark Vanderlist graduated from NMU in June 1972. He sent us the following story: “Although I did not have lots of dealings with him, he seemed positive and outgoing. Here is one funny story. After the tragedy at Kent State there was a student march on campus, into town and returning to his house on campus. There was a lot of police presence and tensions were high. Eventually he came out on his front steps and said he did so against the advice of the police because “he might get stoned by the students.” That comment had the unintended consequence of getting all the students laughing (I am sure several were stoned) and defused the situation.”

Thanks Mark for the story.

A campaign was launched this week to change term limits in Michigan. The change proposal is to reduce the 14-year total limit in House and Senate terms to 12 years, but to allow legislators to serve the entire 12 years in either the House or the Senate.

This latest proposal has bipartisan sponsors.

The Michigan term limits law was adopted by the people about 30 years ago. There has been recent concern that the current law does not allow legislators to gain experience and to be more effective in their jobs. Recently House Speakers have been elected by the House with only two years of legislative experience and that some feel has produced problems with legislating and public policy development.

More to come. What do you think about changing our term limits law?

Lea Drutman of New America has written an interesting article you will find on our website under the ICYMI tab. It is about options ahead of us in America. It is an opinion piece and is one perspective on this issue. We will always attempt to publish opinions on both sides of an issue as they become available.

Lea Drutman writes that “If the future of American democracy feels uncertain, that’s because it is. So, what will the rest of the decade look like? It’s always hard to make predictions, especially about our uncertain future, but here are three potential scenarios: breakdown, muddle, and transformation. By understanding how and why each scenario could come about, my hope is that we can collectively steer away from breakdown and towards transformation.”

If this piqued your interest and you want to read more, read the article under ICYMI. Tell us what you think.

“Some are born great, some achieve greatness and others have greatness thrust upon them.” Willian Shakespeare, Twelfth Night.

“If we were supposed to talk all the time, God would have given us two mouths and one ear. Former Congressman John Dingell.