Marquette Site of Assault on Governor, UP Board of Trustees Openings, University COVID Numbers, and Absentee Ballot Update 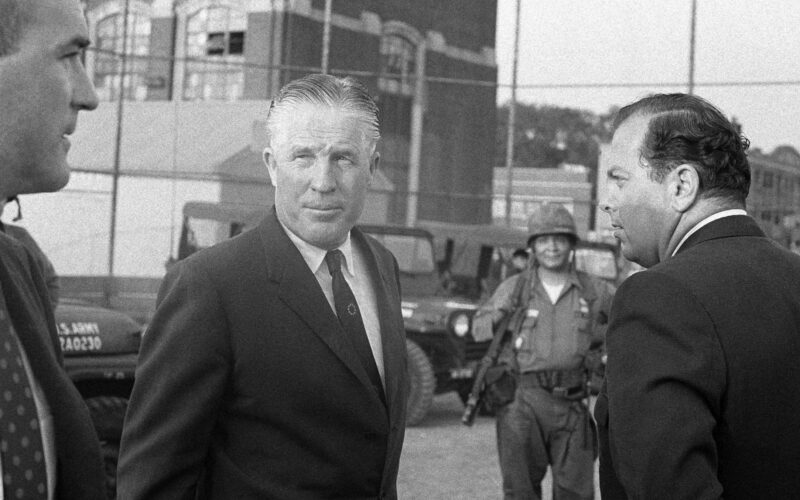 Marquette Site of Assault on Governor

It happened right here in our beautiful community, and it was an attempted assault on the Governor with a knife. The Governor’s bodyguard from the Michigan State Police was stabbed twice and prison staff were injured.

All true, but not an attack on our current Governor, Gretchen Whitmer, but on Governor Soapy Williams who served as Michigan Governor from 1949 to 1961. The attack occurred in 1950.

Historical records show that this all occurred at the Marquette Branch State Prison. Governor Williams was visiting the prison and a few inmates developed an escape plan that involved holding the Governor hostage while they attempted to escape.

According to the records, they actually held the Governor hostage for a brief period of time, but were foiled by prison guards and the State Police.

The attempt resulted in one prisoner being shot and killed. Both a prison guard and State Police officer were seriously injured.

After all this danger, Governor Williams continued his trip in the UP, heading to Ironwood to dedicate the airport. Governor Williams used the prison assault on him and his staff as an opportunity to call for more psychiatric services. (Freep, 10.10.20).

Exciting, dangerous and crazy times in the Upper Peninsula during a Governor’s visit.

Of course, that was untrue and the attacker was escorted from the office and arrested. (Freep, 2.10.20.  Michigan Historical Archives).

Add all of this to this past week’s news about the attempted assault on Governor Whitmer and her family. Looks like our Michigan Governors are pretty tough and brave.  It also looks like the job can potentially be pretty dangerous.

Looking to Serve on an Upper Peninsula University Board of Trustees?

Every two years, two trustees are up for reappointment, creating an opportunity for someone else to serve. It is an unpaid position with huge responsibilities.

Northern Michigan University, Michigan Technological University and Lake Superior State University will each have at least two seats open. The Michigan Constitution requires the Governor to appoint all public university trustees with the advice and consent of the Michigan Senate.

The NMU community has successfully worked together to keep COVID-19 cases at exceptionally-low numbers on campus.

It seems that their numbers are among the lowest of any university in Michigan, if not the lowest. NMU has been regularly reporting the COVID cases to the NMU community, and working with them to make sure that any further exposures are at a minimum.

We are told that there has been an excellent working relationship between the university and the Marquette County Public Health office. NMU is continuing its regular testing of its students, staff and faculty in the coming weeks and months.

Due to the high volume of expected absentee ballots, state and local elections officials are predicting a record voter turnout in the November 3rd election.

“The largest 100 cities in the United States produce 65% of the nation’s GDP.” Fareed Zakaria.

“Better to trip with the feet than with the tongue.” Zeno, as quoted in Diogenes Laertius.

“When faced with any crisis, we instinctively look to our leaders–to the people we respect and admire, who call on us to be and do better. We expect that given the responsibility and opportunity a person’s character and values prevail. And we assume they will rise to those challenges. Moral leadership–of all kinds, in every movement and institution, organization and community–is a prerequisite for positive change.” Darren Walker, Ford Foundation President.

Caste, The Origins of our Discontents.  Isabel Wilkerson. 2020.

We are interested in your stories about how growing up in the Upper Peninsula impacted you: your emotions, your value system, your family life, your professional life, etc. What about growing up in the Upper Peninsula made you who you are today and what you have done with your life. What are you doing today with your life? Tell us what it meant to the development of you. We look for 300 to 1000 words, approximately. We can’t promise to publish everything but we promise to read everything you send in and consider it for publication in our series called Rural Voices.