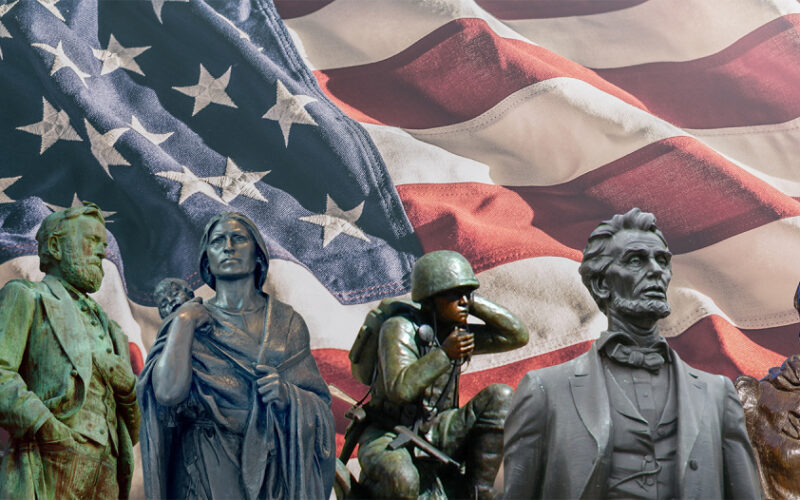 This week we will have an article by Mike Rutledge, NMU’s Veteran Affairs Coordinator, that explains the different options of tuition assistance offered for various types of US military service. Some good information for those high school and college students looking for options to avoid student loan debt and/or some help in paying future tuition and fees. Worth a read.

Federal and state proposals are bouncing about that would give anywhere from 10% to 100% loan forgiveness to students with current student loans. Some observers are proposing that if the forgiveness percentage is over 10% there ought to be some sort of federal/state service required to get the additional forgiveness amount.

They say this could be in the form of volunteerism spread over a number of years or service upon graduation for a set period of time at an organization approved by the federal or state governments. Thoughts?

Heroes Garden in the Upper Peninsula

Read someplace recently of a federal proposal to create a Garden of Heroes in Washington D.C., among the various monuments in DC. Not heard anything about that going anywhere but made me think about what and who would be in the Upper Peninsula Garden of Heroes. Whether it was statues or plaques, who would we in the UP want to put in that Garden?

Who would you nominate from your community or from someplace else in the UP? Sort of fun to think about as we worry about vaccines availability in the UP, UP rocket launches and the availability of whitefish in the UP.

The United States is 4% of the world’s population and has 25% of Covid cases in the world.

Later this week we will post a link for an article about rural economies and other rural issues that was written by Rick Haglund (former business reporter with MLive) in Michigan Advance, where Rural Insights is quoted and referenced.

We have been contacted by other national and state publications and broadcast media for information about rural issues and the Upper Peninsula. It is good that they are reading about our region and what you think.

That is why we started Rural Insights. Keep on spreading the word and letting us know what you want us to pursue and research. Thanks for your support.

Quotes (That May Make You Go Hmmm):

“It’s a low point for US democracy, but so were the 1970s, when the country was rocked by Watergate, Vietnam, and a challenge from the Soviet Union. That decade ultimately revealed “a country airing its problems and facing its challenges; a place that, having weathered the storm, would find new resilience, energy and strength. I believe that today.” Fareed Zakeria, 2021.

“Courage is not the absence of fear but doing what one should despite one’s fears.” Fr. Roger Landry.

“A nationalist is not the same thing as the patriot. The nationalist encourages us to be our worst, and then tells us that we are the best. A nationalist, “although endlessly rooting on power, victory, defeat, revenge”, wrote Orwell, “tends to be uninterested in what happens in the real world. Nationalism has no universal values, aesthetic or ethics.” Tim Snyder. On Tyranny.