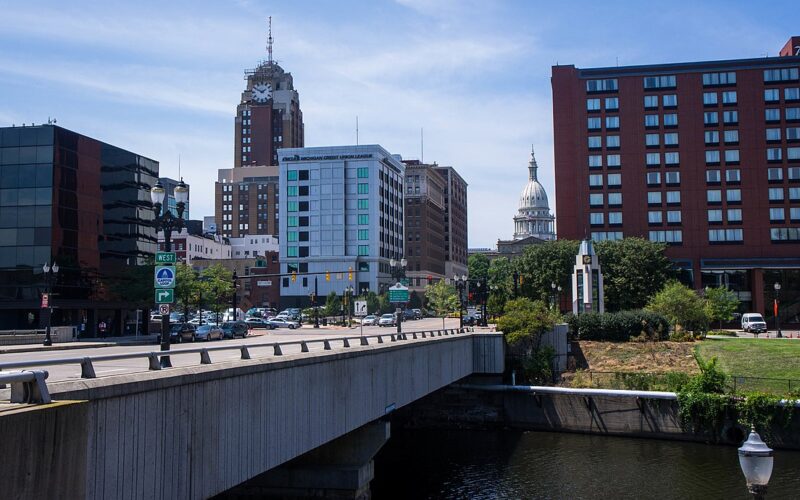 Whispers has written before about the issue of no rural representation on the important State Board of Education. That means of course that parents and children who live outside of urban and suburban areas have no voice on a government body that has a lot of influence and control over K-12 in our education system.

Approximately 25% of Michigan citizens and their children live in rural areas, and they are unrepresented on the State Board of Education.

Rural Insights has noticed that a bill has been introduced in Lansing this legislative session that attempts to correct this problem of rural representation. This legislation is SB 121 and the sponsor is Senator Ed McBroom from Vulcan. It appears to have no co-sponsors at this time.

In this proposal, the state is divided into eight geographic regions from which political parties would be required to nominate candidates ahead of statewide elections to the State Board of Education. These geographic regions begin having to comply with this law in 2022.

The Upper Peninsula and 27 counties below the bridge are in one region and would become subject to this law in 2026 and then every eight years after that.

Observers tell us that this proposal is very interesting solution to the problem of making sure that all the regions of the state of Michigan are represented in the policy making process for our schools in the state. It would give at least a voice to rural counties in eduction policy making.

Seems like this proposal provides an opportunity for a citizen coalition of rural counties in the UP and below the bridge to come together to pass legislation that would benefit their counties and to make sure that rural voices are heard in the elected State Board of Education.

You can take a look at this legislation online at www.michigan.gov/legislature.

Observers believe that this bill would add judicial voices and perspectives from small counties with rural populations. Equal justice, they say, would demand this kind of representation.

We have written here before on the tremendous financial burden the Michigan Dark Store Tax Loophole has had on Upper Peninsula local governments.

The UP local governments have reported large losses of local tax revenues and have to make cuts to local services because of tax benefits given to big box stores.

Smaller, rural communities in Wisconsin have had the same type of revenue losses from these big box store tax benefits. The Wisconsin Supreme Court has weighed in on this issue recently and is supporting the position of local municipalities.

In a story by the WLUC-TV news team, they reported that “the Wisconsin Supreme Court has refused to hear a dark store case. The League of Wisconsin Municipalities says Wisconsin courts continue to hear arguments by big box stores attempting to reduce their tax assessments. In Lowe’s Home Centers LLC versus the Village of Plover the villages assessed an open and flourishing Lowe’s store at $7,356,600. Lowe’s argued the property should be valued at $4,000,600.”

“There is a Michigan dark store case based out of Escanaba pending.” It has many of the same arguments from local municipalities versus the big box stores.” Meijer Stores, Lowes, Walmart and others have all been involved in fighting tax assessments in the UP–from the Soo, Escanaba, Marquette and all across the UP.

The Wisconsin case is considered a major victory for local municipalities and for local government revenues. Local governments in rural areas, including in the UP, have seen major losses of revenue as a result of big box stores fighting tax assessments.

The U.S. temporarily suspended tariffs on Scotch whisky (NYT). Are chocolate and vodka next? Hmmm.

The gunmaker Smith and Wesson shipped 500,000 handguns and more than 100,000 rifles in the quarter to Jan. 31, more than double the year ago period. Sign of the times?

Quotes (that make you go hmmm)

“The economy isn’t physics–it’s not governed by scientific laws outside your control. It’s made up of people making choices about our values and what kind of society we want to live in.” US Senator Sherrod Brown (Ohio).

Books (Recommended by our Readers):

Hiding The First Wave: A comparative history of the approaches to the coronavirus taken by countries around the world. Peter Baldwin. 2020.