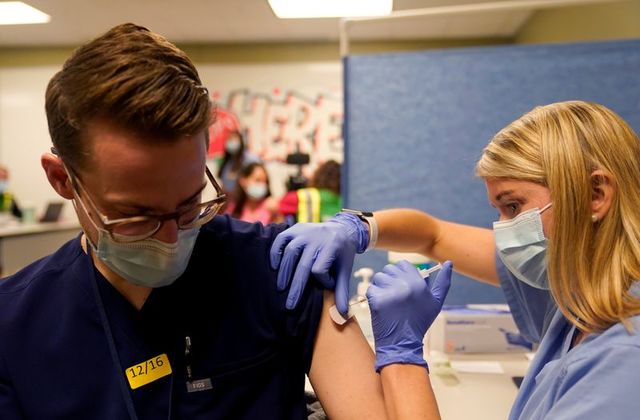 Require University Students to Have COVID Vaccine Prior to Start of Classes?

Michigan university students are ending their semester studies in the next few weeks. Some will stay for summer classes and some return to their homes around America.

The question being raised in Michigan and around the nation is should they be required to show that they have had the COVID vaccine prior to returning to campus?

No vaccine, no entry to classes, residence halls or any other building on the campus of a public university. Will university boards of trustees make the decision to require this, and how will it then impact the public university enrollment this Fall?

With declining enrollment at many Michigan public universities already, this is an important question and so is the question of whether public health safety requires these students to have the vaccine.

Should this be a decision for each Michigan public university board of trustees or should it be a state mandate approved by the state legislature and governor? Will all this end up in Michigan’s courts and/or in America’s courts?

What is Your Personal Philosophy?

In no more than three sentences, what is your personal philosophy that guides you everyday? If you have been reading our Rural Voices feature on our website, you have seen what values and philosophies have guided some who were born and raised in the Upper Peninsula.

Would you like to tell us in a shorthand version about your personal philosophies? We will share them with our readers. Let us know if you want your sentences published anonymously or with your name attached. No more than three sentences. Codes to live by.

The Battle of Palowan Passage was one of the major WWII battles on the seas that was hailed as one that began the turning point in the war. It occurred on October 23, 1944. It was led by local Marquette hero David Hayward McClintok, who was the skipper of the U.S.S. Darter at the time and who is credited with the sinking of the Japanese Flagship Atago.

Learn more about this important local American hero. There is a monument tribute (a ship replica) located in Mattson Park in downtown Marquette.

Michigan public university governing systems are prescribed by the Michigan Constitution (1963). Three of these schools have boards elected by the public for terms set in the constitution.

Ten of the others have boards appointed by the Governor and approved by the legislature, with terms set in the constitution. Since the 1963 Michigan Constitution was approved by the voters, there have been high quality boards elected and appointed.

That is not to say there have not been clunkers here and there, but by and large the constitutional system has worked well.

However, we recently witnessed some trustee controversy at the so called big three universities: University of Michigan, Michigan State University and Wayne State University, all with voter-elected trustees/regents.

At the other ten public universities they, like the others, are making some major decisions about pandemic public health issues, public policy and political issues of importance that have not been faced by universities often in their history.

The question being raised by some today is whether there should be a statewide body to oversee how these trustees are making these decisions and how it impacts their students, faculty, staff and statewide taxpayers.

For instance, these advocates are asking whether each university should be allowed to make their own decisions about pandemic policies, or should an oversight body approve them? Who should be on this oversight body and who appoints them? Is it constitutional and will it make a difference?

Some interesting arguments on both sides being discussed. More to come.

Quotes (That make you go hmmm)

“Both in markets and life, the goal isn’t to embrace risk or eschew it, but to bear it intelligently while never forgetting the possibility of an unpleasant outcome. Nothing is more essential than our capacity to survive the most difficult times not only financially but emotionally.” William Green, author of Richer, Wiser, Happier.

“Good leadership requires you to surround yourself with people of diverse perspectives who can disagree with you without fear of retaliation.” Doris Keans Goodwin, historian and author.