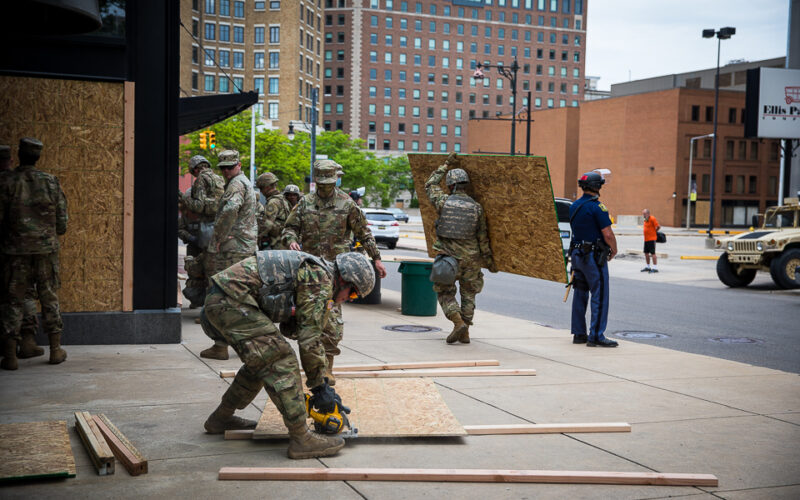 Whisperers tell us that our Upper Peninsula patriots may be returning home to Michigan with their statewide colleagues this coming week–or soon.

They have been serving their country after the January 6th insurrection in Washington D.C. required National Guard support from Michigan and other states. We have all read of the horrible conditionals that many of the National Guard members have been subjected to–food contaminations and not-so-good sleeping conditions for many.

Investigations are beginning. Regardless of all that, when their country and state called these men and women to serve to help protect the nation’s capital, they stood tall and went to serve. They are patriots.

One can hope that our Upper Peninsula communities will recognize and honor these men and women who have left their families and friends behind to go serve. If you hear of local community recognition of them, please let us know, and if you have friends who have served during this difficult time for our nation’s capital please say thank you and welcome home.

Two Michigan UP legislators, Rep. Cambensy (Marquette) and Senator McBroom (Vulvan) are working together to improve patient safety in hospitals. This bipartisan legislation is Senate Bill 204 and House Bill 4483.

HB 4483 says “A registered professional nurse’s refusal to accept a hospital’s request to work more than his or her regularly scheduled hours according to his or predetermined work schedule at the hospital is not by itself, grounds for administrative action.”

SB 204 says “a hospital shall provide sufficient and qualified registered professional nursing staff at all times to ensure patient safety. Not later than 3 years after the effective date of the amendatory act that added this section, or not later than 4 years if a hospital is located in a rural area, a hospital shall develop and implement a staffing plan as provided under this section.”

Both bills have more detail on these legislative proposal in them and can be found on the legislature’s websites.

These bills, like others we’ve put in Whispers and on Rural Insights are provided for your information and review if you are interested.

We provide them so you know about legislation that is introduced that may impact the Upper Peninsula and other rural areas.  This is not an endorsement of this or other legislation, but is provided for your information and review.

Advocates for open government and transparency are headed to conducting a 2022 petition drive to subject the Michigan Governor and Legislature to public records/Freedom of Information requests.

Polls show that Michigan citizens strongly support the efforts to subject the Governor and the Legislature to more transparency and the Freedom of Information Act.

Lawmakers, economists and advocates continue to debate what is the right number that Americans should expect as a minimum wage.

Should it be $15, $11, $10 or shall we phase in a new wage number over a five year period? In contrast to the minimum wage debate, private equity CEOs have received record nine-figure pay days despite the COVID pandemic.

Much of that came from dividends paid by their firms. Neither of them nor the other CEOs live in the UP–surprise, surprise.

However, the above data provided above does show the two ends of the wage debate. Income disparity continues to be a major concern of Americans at all income levels.

Copper Harbor is the furthest town from an interstate highway in the continental United States (251 miles).

QUOTES (THAT MAKE YOU GO HMMMM)

“This instrument can teach. It can illuminate…. You can inspire, but it can only do so to the extent that humans are determined to use it to those ends. Otherwise it is merely wires and lights in a box.” Edward R. Murrow. Legendary CBS broadcaster talking about television.

“God made someone for everyone, don’t make fun of anyone.” My mother, Marianna.

BOOKS RECOMMENDED BY OUR READERS