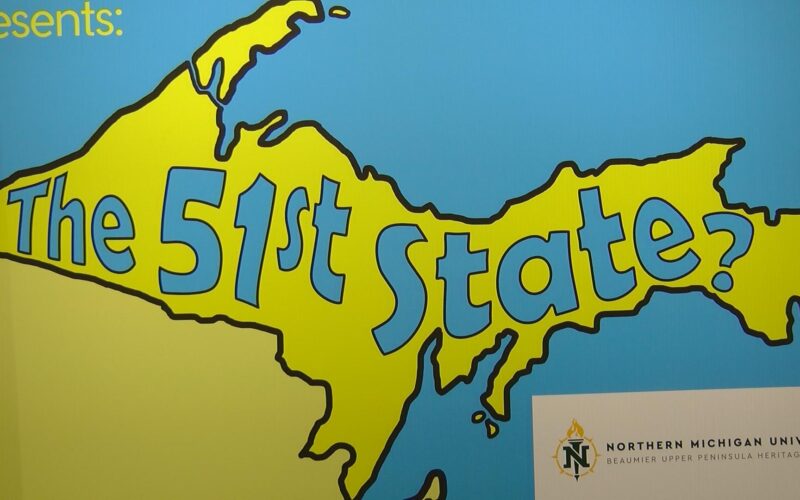 The Upper Peninsula as the 51st State

Been a while since you have heard about that? Yup.

Every once in a while someone raises it. Longtime UP residents will recall that the powerful State Representative Dominic Jacobetti (D-Naguanee) was the champion of that movement in the 1980s and 1990s.

Some times seriously and sometimes in jest, but always in an effort to to call attention to the importance of the UP and increase the political power of the UP.

So it came as a surprise and came out of the blue when we were forwarded an article/op-ed calling for statehood for the Upper Peninsula. The 51st State.

Its publication came in the Daily Targum. The author is Jake McGowan, School of Arts and Science, majoring in journalism at Rutgers University in New Jersey. That’s all we know about Mr. McGowan for now. Do you know him? Let us know.

As Yogi Berra said, “It’s deja vu all over again.”

The op-ed is reprinted on our website under the tab ICYMI–In Case You Missed It.

We reprint articles without comment or endorsement that we think our readers might find interesting and might have missed. If you have suggestions for this tab, please send them to us.

We recently published an item about the ascension of Bay Mills Tribal Chairperson to become the Deputy Assistant Secretary in the US Department of Interior–appointed by the United States President.

We wrote that Brenda Bjork was the new chairperson. Well, she was actually the Interim Chair. The tribe elected a permanent chair, and her name is Whitney Gravelle. We are told it was a significant victory in a special election. She is considered a rising star in Michigan.

In 1963, Michigan approved a new State Constitution. It contained a provision that says on the state election ballots all incumbent state judges at election time will get a designation indicating they are an incumbent.

No other elected person on the ballot gets that advantage and privilege. I was told by a few delegates to the 1962 state constitutional convention that a deal was struck with judges to give them that designation in return for accepting a prohibition on running for any other state or local elected position for two years after they are no longer a judge.

Result was incumbent judges rarely got beat at the polls and it reduced competition by judges for other state positions. Seems like a sweetheart deal today.

Some Whisperers say they hear of an effort to get this issue back on the ballot and remove the incumbency designation on the ballot. This, they say, will increase chances for defeating an incumbent judge and leveling the playing field in judicial elections for challengers. An issue to watch.

Rumors are that as the national and state political class debates how much student loan forgiveness should be set at (from $10,000 to $50,000) there are some saying anything over $10,000 should be tied to some sort of national or state service.

Your thoughts? Thoughts on what services should be counted and what level of loan forgiveness should be approved?

Quotes (that make us go hmmm)

“Amateurs work until they get it right. Professionals work until it can’t go wrong.” From Julie Andrews’ first music teacher.

“Beware an old man in a hurry.” Lord Randolph Churchill on W.E. Gladstone.