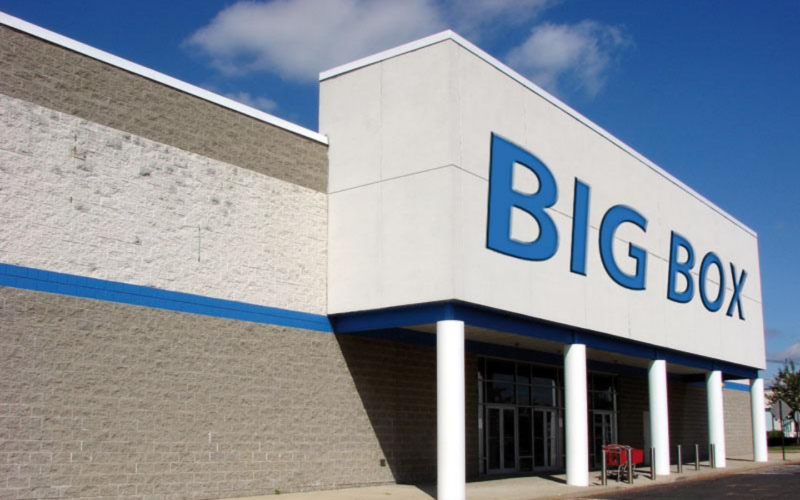 Victoria Enyart is a member of the Michigan Tax Tribunal. She has been a leading voice there, opposing the efforts to get rid of the Dark Store Tax loophole.

This loophole allows big box stores like Meijer and Walmart to get large reductions in their tax bills and strips local governments of much-needed revenue to provide services to local citizens and local taxpayers.

Enyart was originally appointed in 2008 and Governor Whitmer decided recently to reappoint her to the Tax Tribunal.

Local UP communities have been regularly hit with Dark Store loophole applications in Marquette, Escanaba, Houghton and Sault Saint Marie.

These loopholes cost the local communities hundreds of thousands of dollars. Opponents of the Dark Store loophole say that the loss of local revenue impacts local schools, libraries and other services in our townships, cities and counties in the UP.

The “dark store method” is used to dramatically lower assessments of these business properties. UP local government leaders all cite the revenue losses in their communities due to the use of this “dark store method.”

House Bill 4025 has been introduced in the Michigan legislature. UP State Representative Sara Cambensy is a co-sponsor. This bill would eliminate the dark store tax loophole that costs local UP communities huge amounts of tax revenue for local services to local taxpayers.

In a statement, Rep. Cambensy said, “The Tax Tribunal is an extremely important entity as they make property tax policy for the state based on their decisions as appointed members.” Cambensy is opposing the reappointment of Enyart to the Tax Tribunal.

He recently stated, “The Tax Tribunal has accepted faulty reasoning for the property tax of big businesses across Michigan, and not only does it result in an unfair advantage of not paying their fair share, the revenue reduction puts undue stress on government trying to supply services like fire protection to their residents. The devaluing method used by big box retailers, referred to as the dark store loophole, seeks to lower the amount the retailers pay in property taxes.”

The Michigan Tax Tribunal “is an administrative court that hears tax appeals for Michigan taxes,” according to the Michigan Department of Licensing and Regulatory Affairs.

The Tax Tribunal members are all appointed by the Governor for set terms.

The non-partisan Michigan Supreme Court justices are elected by the people of Michigan. They are, however, nominated at partisan political conventions of the Democratic and Republican Parties every two years. They can also collect signatures to get self nominated as an independent candidate.

Both parties nominate two candidates each to compete for the two open seats in the November 3, 2020 election. Interestingly in this era of Black Lives Matter and diversity awareness, both political parties nominated white men and women.

There is no justice on the court from a rural area in Michigan–neither downstate nor in the Upper Peninsula. No rural voices or ears on the court.

The last time Michigan had a member of the Supreme Court from the Upper Peninsula was in 1957–Justice John Volker from Ishpeming, who resigned in 1959 because he wanted to spend more time on his successful books and fishing.

Volker was the last Upper Peninsula voice on the Supreme Court. So it’s been about 60 years since there was a UP voice on the court.

Each of these government bodies greatly impact all citizens of Michigan, as well as the citizens of the Upper Peninsula, and roughly 21% of Michigan citizens live in Michigan rural communities. More to come.

Quotes (That make you go hmm)

“I fish because I love to; because I love the environs where trout are found, which are invariably beautiful, and hate the environs where crowds of people are found, which are invariably ugly; […] Because only in the woods can I find solitude without loneliness; because bourbon out of an old tin cup always tastes better out there.” – Testament of a Fisherman by John D. Voelker (last Justice of the Michigan Supreme Court, from the UP, and author of Anatomy of a Murder and many others).

“The Guarded Gate: Bigotry, Eugenics and the Law that Kept two Generations of Jews, Italians and Other European Immigrants Out of America.” Daniel Okrent. 2019.