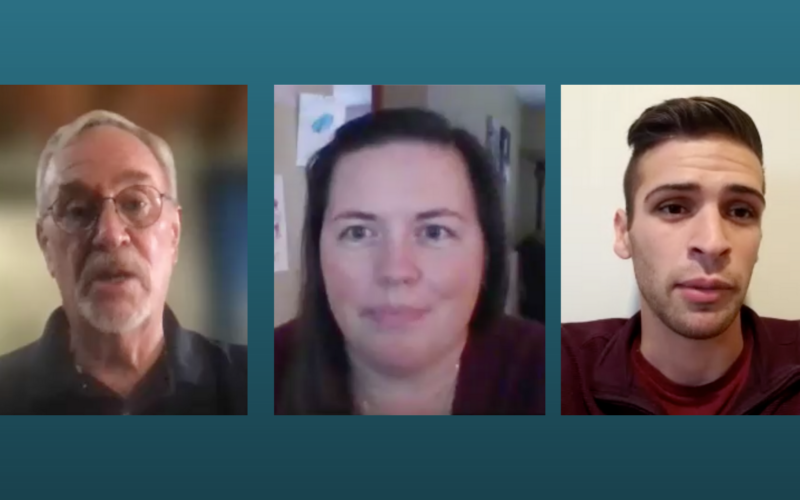 David Haynes recently sat down with Marquette Mayor Jenna Smith and City Commissioner Cody Mayer to discuss the challenges currently faced by rural cities like Marquette, and what their thoughts are on where the future is headed for rural cities in the Upper Peninsula.

Jenna Smith began serving on the Marquette City Commission in December 2017. She was born and raised in Marquette, and went on to attend the University of Michigan where she earned a degree in Psychology and Environmental Studies in 2008. Smith was appointed Mayor in 2017, and then elected as Mayor in 2018.

Cody Mayer was elected to the Marquette City Commission in November 2020. Cody was raised in Sault Ste Marie, and is a member of the Sault Tribe of Chippewa Indians. Cody attended Northern Michigan University where he received a degree in Public Administration. He has served as an enlisted soldier in the Michigan Army National Guard since December 2014 and currently holds the rank of Sergeant.

In this episode, Mayor Smith and Commissioner Mayer discuss the challenges of funding and revenue, affordable housing, and the lack of childcare in Marquette and other communities. They also discuss the future of development for properties like the old hospital building in Marquette. This is a great discussion with two of Marquette’s youngest and brightest leaders.

You can watch the video discussion here, or listen to the audio podcast here.

Remember that you can subscribe to the Rural Insights Podcast on any of the major podcast services!