Today there are over 20 million veterans in our nation. In Michigan, there are over 600,000 veterans. That is about 7.8% of the US veteran population. Over 6% of Michigan veterans live in the Upper Peninsula, compared to 3.5% in Lower Michigan. The Upper Peninsula has always had a major commitment to service in our military ranks—our young people have joined in large numbers during times of peace and war.

It is interesting to note that 7.8% of Michigan veterans live in poverty. In 2016, there were 159 veteran suicides in Michigan, and 822 were homeless. In Michigan 54% of veterans are over the age of 65, leaving 46% under the age of 65–many of whom served in Afghanistan and Iraq in post-911 assignments. Thousands of Michigan veterans are small business owners, educators, law enforcement officials, corporate leaders, etc.

They are part of every segment of society. They teach, coach and tutor our children in our schools. They are most commonly the community leaders where we live serving on school boards, city commissions, county commissions, local foundations, etc. In our communities, they are recognized not only for their military service (“thank you for your service”) but for their leadership talents and commitment to public service. They are recognized for their character and personal and profession leadership traits in our communities. General Stanley McChrystal said: “Leadership is about character and second about competence.” Observers throughout American history have noted that military service produces women and men who exhibit the greatest leadership traits and talents. Veterans learn how to make good, sound decisions in complex situations.

There are three public, four-year universities in the UP: Northern Michigan University, Lake Superior State University, and Michigan Technological University. The majority of these eight-member boards were appointed by former Governor Rick Snyder. Every two years, two members of each board come up for reappointment consideration (except at the University of Michigan, Michigan State University and Wayne State University, where the Michigan Constitution provides for these trustees to be elected by the general public). Governors can choose to reappoint, or choose a new person to serve. Governor Gretchen Whitmer has been in office for two years, so she has just recently begun considering university board appointees. Universities are among the largest employers in the UP. 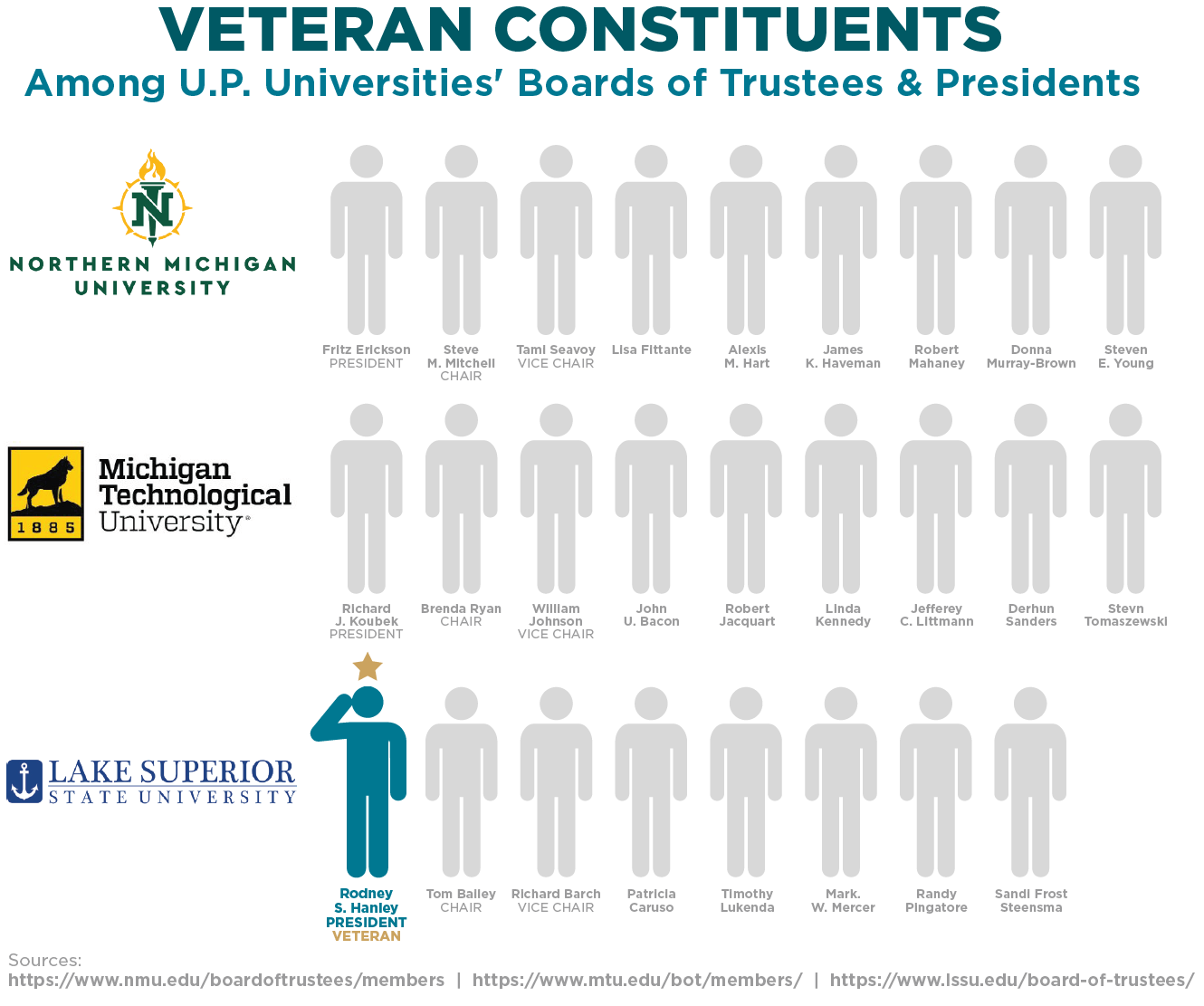 In the Upper Peninsula’s legislative delegation, Congressman Jack Bergman from the First Congressional District and Senator Gary Peters are US military veterans. No other federal or state legislative elected officials representing the UP are veterans. At the statewide level, neither the Governor, Secretary of State, nor the Attorney General are veterans. In the state capitol, none of the top-four legislative leaders, out of both the Republicans and Democrats, are US Military veterans. 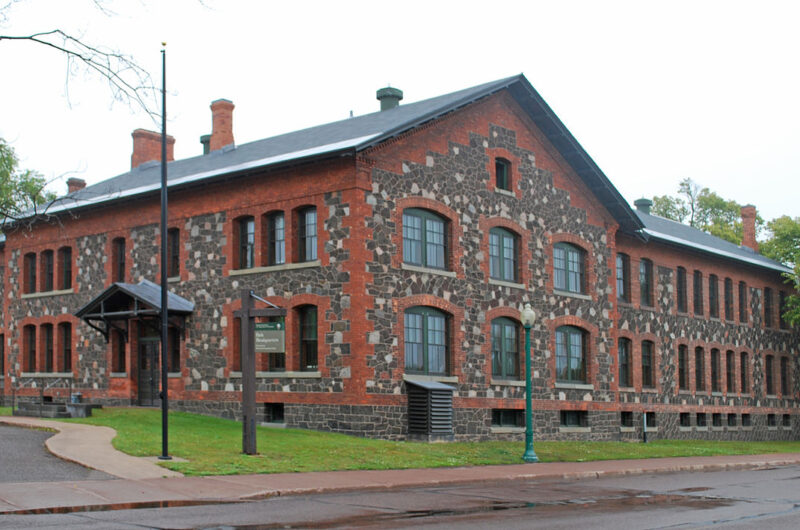