Over a hundred years ago, the UP began marketing its outdoors experiences to tourists. Today, that appeal remains for tourists wanting to hike, fish, canoe, kayak, snowshoe, cross-country ski, hunt, or simply relax and gaze into an unspoiled horizon.

Tourism is an important component of the U.P.’s economy: according to 2019 data from the Michigan Economic Development Corporation, it directly employed over 11,000 people, with total tourist expenditures amounting to $1.3 billion, and filled local and state coffers to the tune of $134 million in taxes.

From a sustainability perspective, tourism is a renewable resource, unlike the copper and iron ore that provided the basis for the region’s early wealth in the late nineteenth and early twentieth century. The natural environment can be enjoyed indefinitely–if it’s protected.

This article describes the life cycle of Pictured Rocks National Lakeshore, a notable UP tourist destination, using data from the National Park Service.

Any location enters its first stage as a tourist destination when enterprising people ‘discover’ it and tell others about their experience. The second stage begins when residents in the vicinity of the attraction offer services, such as food and accommodation, to tourists. The third phase is characterized by the development of a supporting tourist infrastructure with more hotels, restaurants, and specialized services, followed by a consolidation phase with continued construction.

Each succeeding stage is associated with an increase in tourist numbers until ‘stagnation’ occurs in a fifth stage, when the area’s original attractions are downgraded through overuse. This stage corresponds to overtourism, a word that entered the Oxford English Dictionary in 2018, and refers to a situation where the number of tourists adversely affects the host community and detracts from the quality of the tourist experience.

The sixth stage has a range of possible outcomes, which are dependent on destination management. Some destinations decline, with tourists no longer drawn to worn-down attractions. Others can flourish through the successful preservation of their signature draws.

Before European explorers ‘discovered’ Pictured Rocks in the mid-seventeenth century, the area was part of the land occupied by the Ojibwa. According to the official history of the Lakeshore, the region’s isolation meant that it was not until after World War II that the area became known to outsiders.

In the late 1950s, the National Park Service undertook a survey of the Great Lakes shoreline to determine areas suitable for inclusion in the National Park System. The survey identified 43 miles of shoreline in Alger County comprised of ‘unique and spectacular scenery’ that formed the basis for the National Lakeshore.

A decade or so later, Pictured Rocks National Lakeshore became part of the National Park System.

Alongside the overall increase in tourist numbers there has been a steady rise in the number of overnight stays, from an annual average of 9,300 tent campers during the 1980s to over 14,000 during the 2010-19 period. The number of back country campers has similarly risen, almost doubling from an annual average of 10,000 during the 1980s to close to 20,000 for the 2010-19 period, while recreational vehicle stays have fluctuated over the decades.

Park visitation typically peaks in July and August; in 2019, these two months accounted for nearly half of the 859,000 annual visitors. Not only are the majority of park visits concentrated into a few months, they are geographically concentrated within the park.

The eastern region in the vicinity of Grand Marais with Grand Sable Dunes, Sable Falls and Log Slide has fewer visitors than the western portion that contains Miners Castle, Sand Point and Munising Falls. The Miners area is the most popular destination with 282,843 visitors in 2019, followed by Sand Point with 233,433 and Munising Falls at 208,117.

By contrast, the most popular destination at the eastern end of the park is Grand Sable Dunes with 151,576 people. Peak visitation for all sites coincides with the months of July and August.

The problems associated with the increased number of tourists to the park were well documented before the record number of 1.2 million visitors arrived in 2020. A 2019 Park Visitor Use Management Plan for the western portion of the park noted: “Visitor congestion has led to visitor conflicts; degraded visitor experience; safety concerns; resource damage along the shoreline, trails, and road sides; and inadequate facilities and infrastructure to accommodate visitor needs.”

Yet, despite these problems, tourists are undeterred. Visitors to the park in the first seven months of 2021 are running 167,000 above 2020’s record total.

To see peak tourism in action, the authors visited Miners Falls on two July weekdays. During both visits the parking lot was filled to capacity, forcing visitors to park their vehicles either side of the dirt road leading to the waterfall trail. The glut of cars added to the overall sense of congestion, while at the Falls’ observation area a number of visitors had climbed over the wooden fence and slid down to the river’s bank, adding to erosion in the area. 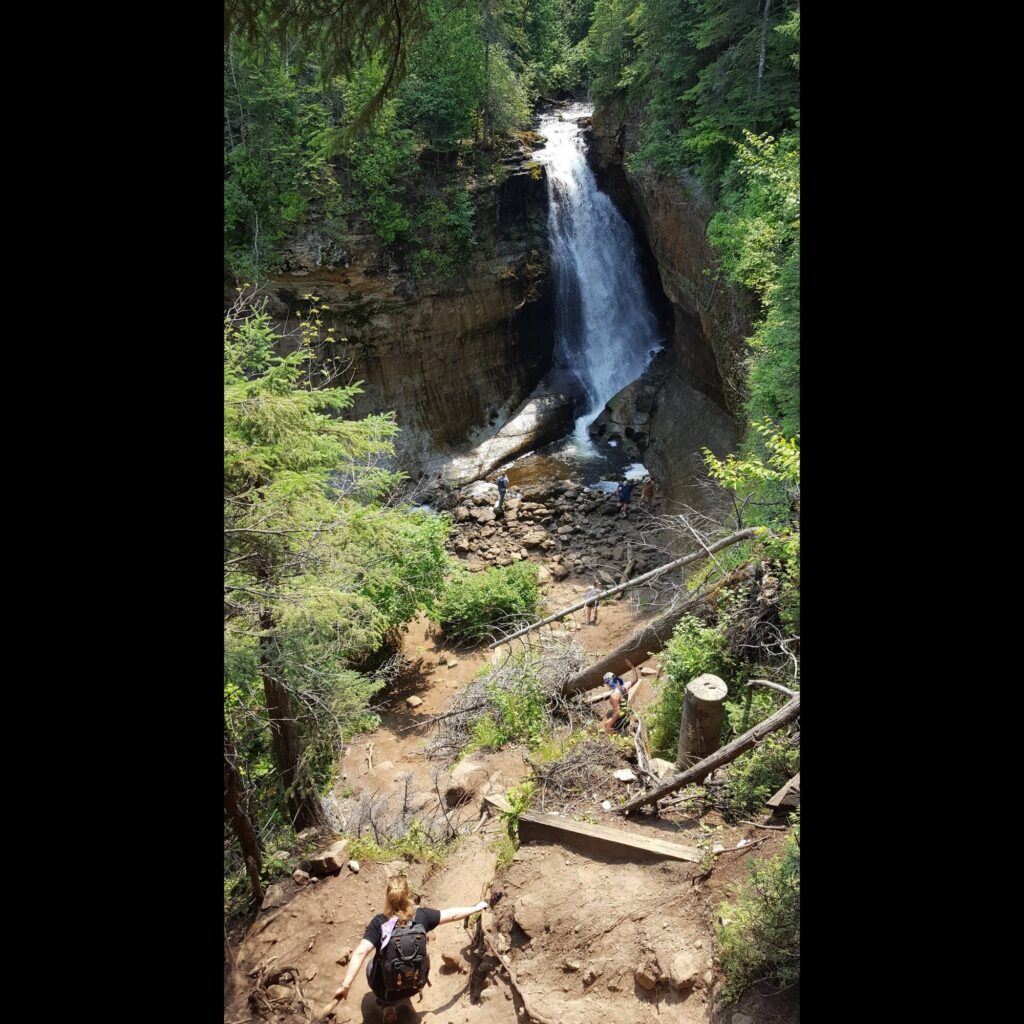 Figure 1. Tourists scrambling down the bank at Miners Falls.

The problems brought about by record visitation are not unique to Pictured Rocks. In July 2021, a US Senate Committee held a hearing to examine the effects of overcrowding in National Parks.

Witnesses were questioned on ways to mitigate overtourism without inhibiting access. Pictured Rocks’ capacity to deal with its newfound popularity is constrained by reduced staffing levels and a budget–$2.6 million–that has remained largely unchanged for the past decade.

The Lakeshore has never charged an entrance fee, unlike many National Parks in the West. Given Pictured Rocks’ budget constraints and its inability to address many of the management issues in the western portion of the Park, in May 2021 the Park Service proposed a fee structure, effective January 2022, and requested public comments.

The fate of the proposal is unclear at this time. Yet the life cycle model is clear: the Park is at a crossroads–its sixth stage.

A continuation of current visitor trends is not sustainable and will only lead to a further deterioration in the environment and an eventual loss of visitors. The proposed fee, if implemented, will be used to address the Park’s $10 million deferred maintenance deficit and implement the management strategies identified in the 2019 Visitor Use plan.

Pictured Rocks’ success in attracting visitors illustrates the conflict inherent in the National Parks’ mission, “to preserve unimpaired” natural resources “for the enjoyment, education, and education and inspiration of this and future generations.”

The challenge now is to find the right balance between preservation and accessibility.